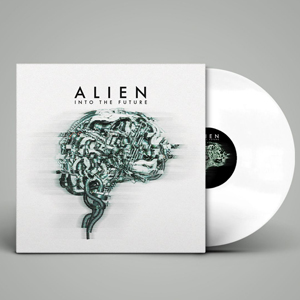 Into The Future – Vinyl

Exclusive limited edition with a gatefold cover and a white vinyl.
A special greeting with original signings from the bandmembers.

Outside Sweden
480 SEK Including Shipping

If you love big hooks/riffs with a hard edge you will love this Vinyl, yes I said Vinyl because the band decided you needed a Vinyl as well.
This is MelodicRock with a touch of Metal but still damn melodic and Jim have a voice to die for.
Favorite pick would be ”You Still Burn”, Time is Right”, ”What Are We Fighting For” and titel track ”Into The Future”.
/Johan ”DrAOR” Nylén

I still get the chills hearing Aliens version of Only One Woman. I have to say that I was a bit concerned when I was about to listen to Alien 2020.
But no worries, this sounds really great. The band have modernised their roots from the eighties and deliver such great riffs and magical vocals. Fallin way down is EPIC!
Nice work guys!
/Niklas at Radio Prime

”Alien shows here how after years you can come up with an album that sounds familiar, but has enough modern influences to continue ’Into The Future’. If I was asked for an annual list, I don’t think there will be an album this year that can knock ”Into The Future” off number 1. 9/10″ 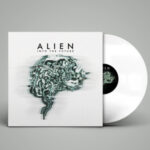